More and more companies are choosing to either announce the launch of new products before or after MWC, and it looks as though Pebble is another. We learned a few days ago that a countdown had appeared on its site, which comes to its conclusion tomorrow, and so we should finally get to see the next generation Pebble smartwatch.

However, it would seem that Pebble may have let the cat out the bag too early, as 9To5Mac says they have offered us a glimpse of its new design. An image has appeared on the company’s servers showing what looks to be the all-new Pebble Watch redesign.

The image seems to match early reports at how the new model will be thinner than the current model, as well as a color display. It’s hard to get a complete idea of the many different changes with the Pebble smartwatch, but at least it is not a long wait before we are put out of our misery. 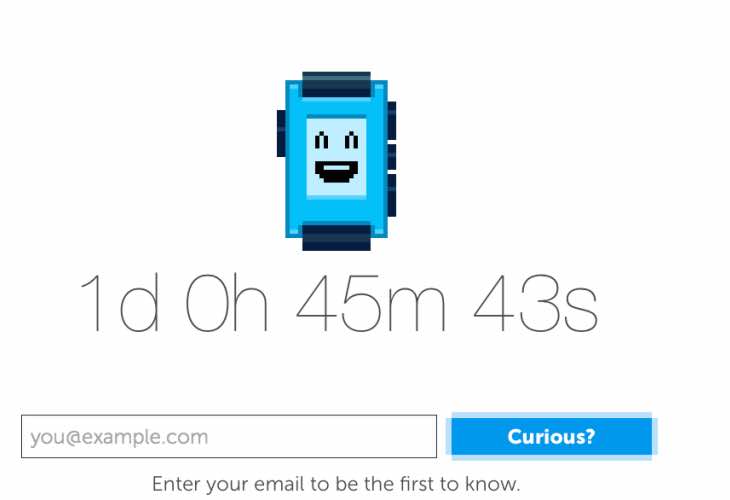 Ok, so we know that in terms of looks it is nothing like the Apple Watch, but then Pebble is going after a different audience. As for specs, we do not know too much, although we can tell you the next-gen model should sport a Cortex M4 processor, along with a 6-axis gyroscope.

Its OS is also said to come with a complete redesign, although we have a feeling some of you will feel let down, as the design of the watch itself seems more like a step back.