New images of the next generation Mini Clubman have been doing the rounds and so we have an even better look of what to expect later this year. This all-new model will be launched in September during the Frankfurt Motor Show — or so we hope.

With this being the case, then the hot topic of the 2016 Mini Clubman price could also be announced in September, so fingers crossed on that one. However, latest estimates suggest a starting price of £17,500.

Going back to the images, the small car is seen being put through its paces at the NÃ¼rburgring — yes another car being forced to go around the famous track to see how well it performs. Let us hope that its suspension is not too hard for normal driving conditions. 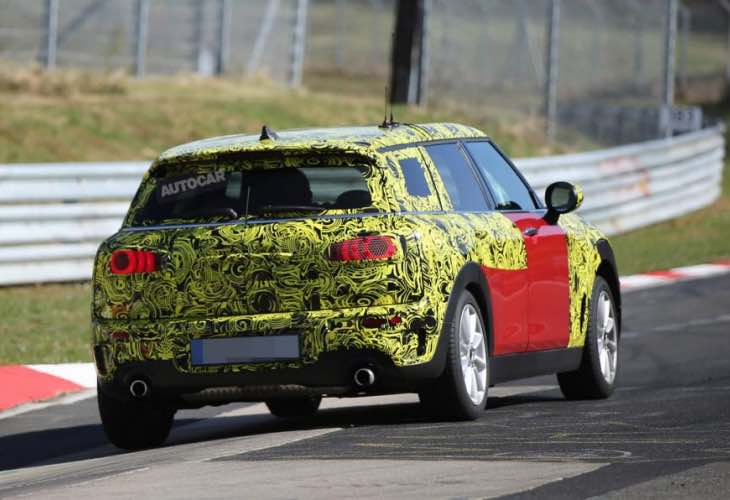 We can already see from the images, thanks to Autocar that the new Mini Clubman is very different to the current model, with its larger size being the most significant.

A concept version of this new model was seen at last year’s Geneva Motor Show, so we already had a teaser of what we can expect. Having said that, we do know that Mini would have made several changes to its exterior and interior to make it more practical, as we all know what those concepts can be like.