When you think of most anticipated vehicles it is the return of the Ford Bronco that is mostly thought of, although that is wishful thinking and no real proof that it will ever happen. Next on the list would be the next generation Jeep Wrangler, and new images have appeared that help show of its design changes.

Mixed reaction – Even though the images that were found on Autoblog show the next-gen Jeep Wrangler to be very well covered up, those eagle-eyed people out there have still managed to point out a few of the design features, and were only more than pleased to share their thoughts.

Many of you seem to agree that looking at the images it still looks very much like a Jeep, which is a good thing. However, we do not want the carmaker to be too lazy, and there are clearly several improvements that need to be made to the exterior of the Wrangler, although the interior also needs some work. 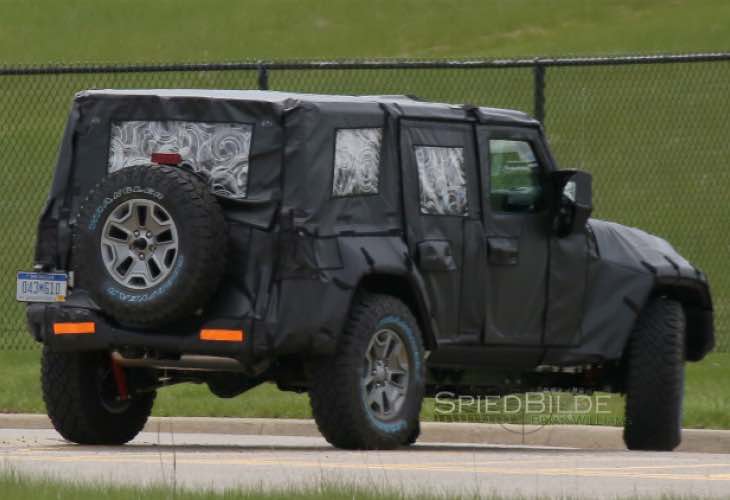 You can see that the 2018 Jeep Wrangler windshield and front grill have more of an angle, and this is sure to get a mixed reaction because it does make the vehicle look fundamentally different.

However, you have to give Jeep the benefit of the doubt, as they need to make the Wrangler lighter, yet stronger, which could also be the reason why they are rumoured to have got rid of the fold down windshield.

We are not sure why the taillights are smaller than the current model, but let’s hope they are still visible enough, and do not impede safety. We also suspect that some of you will have your views on the wheelbase, as you may feel it is just too long, although that will certainly come down to personal preference.

Anyway, no matter what you may think of the design, we just hope they do not dilute its off-road ability.