We have finally been given a glimpse of the Next-gen Vauxhall Corsa – well the model we saw was the Opel because the leaked images were taken on the Continent. However, it will be the very same as the model that will come to the UK, and we can see right away that there are several design features taken from the Astra. 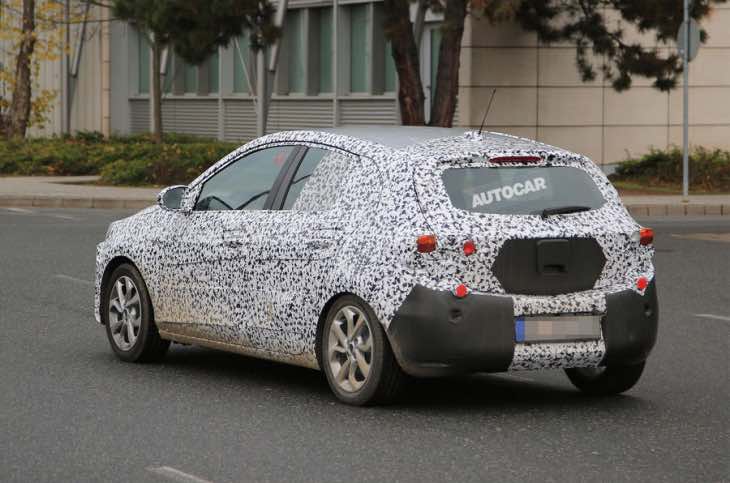 We already knew that the 2018 Opel/Vauxhall Corsa was to gain some of the technology from its larger sibling, and that’s not all, as we can clearly see a few similarities at the front-end as well.

If you take a closer look beneath all that camouflage you will see some minor details, such as the front grille that has been raised a bit higher, and also has a slimmer look, and so looking very similar to that of the current Astra.

There’s also a chrome strip running through the grille, and even though the headlights have been covered over, Autoblog was able to work out that they do seem to have a more aggressive look – again similar to that of the new Astra.

It’s going to be the same story inside, as the interior is to borrow some of the technology from the Astra as well, which is a very good thing if you ask us.