New spy shots of the next-gen Porsche 911 have surfaced, although as always, you really have to look hard to see the changes that are being made. We should say that things could change from the images we see now, to its final production version, as it is not expected to be released until 2018. Ok, so we know there is still the 2017 model to be released, but this will not have the technical advancements as this next-generation model.

Autocar has pointed out from the images at just how wider the rear-end is, which they say is more than likely due to the extra space needed for the plug-in hybrid powertrain. 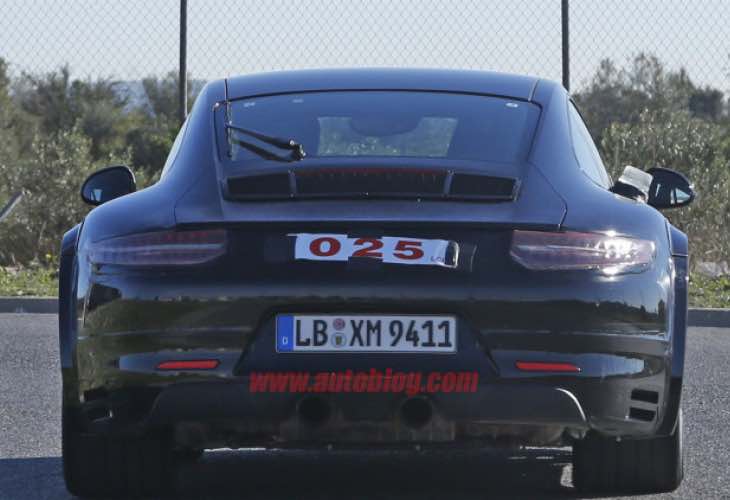 While Porsche has yet to make any official announcement as to a plug=in version of is 911, there have been several rumors to suggest that it is coming with the next-generation 911, which Autoblog reports could have the codename 992.

Possible power figures – If this version were to happen, then you could expect around 720 horsepower, which will see an electric motor working in unison with a turbocharged combustion engine.

Just remember, this is all based on speculation for now, although we hope to see a few details being released during some of the big 2016 auto shows.