We don’t expect to see the next-gen Audi Q7 until summer 2014, so we are still uncertain as to what the new version will look like, but we can tell you it will have been on a strict diet. This is because the all-new Audi Q7 will be around 363 kg (800 pounds) lighter than the current model.

Auto News reports that the new Q7 will be unveiled in Europe in 2014, and as well as the all-new shape there is to be a hybrid variant as well. The Q7 is now 8 years old and so needs Audi to do something very special, so we are waiting with bated breath. When the original model was launched it was very modern in its design, but over the years rivals have been keeping Audi honest. 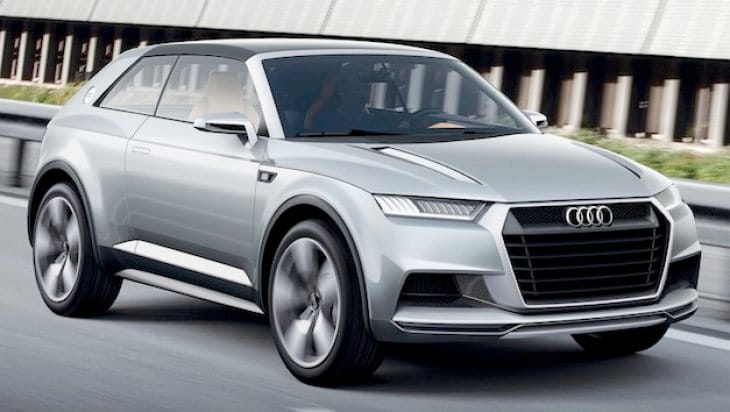 Audi has done their best to keep the Audi relevant in a very competitive market, and so we expect the all-new Q7 to be something rather special. However, we don’t believe Audi will throw everything and the kitchen sink into the Q7, as this will surely be saved for the upcoming Audi Q8, which is expected to be released in 2016?

Both models will come with a hybrid version, with the Q7 model expected to be very similar to that of the Audi A8. The Q8 model will have tough competition, as Audi will pit it against the Range Rover Sport, which as we know is said to be one of if not the best large sporty SUVs on the market.

Going back to the Q7 release, while this will be 2014 for Europe, those of you in the US will have to wait until 2015 instead.