Over the years off-road vehicles have changed, as more drivers like the thought of being able to go on the muddy stuff or uneven surfaces, although most of the time they still spend it on the tarmac. Because of this some of the big players in the business have had to adapt to this and gone more down the luxury route, all except Chrysler and their Jeep brand.

What we love about these vehicles is that they have improved over the years in terms of styling and technology beneath the skin, but still have that same rawness that made them so great all those years ago.

The most recent offerings are the 2013 Jeep Wrangler Sahara and the Rubicon, and while these have done rather well, what of the next-generation models? As of yesterday we did not know for definite how long it would be before we knew when to expect the all-new model, but thanks to a recent 2013 job ad, the next-gen 2016 Jeep Wrangler has now been uncovered.

On the Chrysler Careers website there is a job listing for someone to help develop their next off-road 4×4 vehicle. We have to wonder how close to the final production version of the 2016 Jeep Wrangler will be to that of the Wrangler Stitch Concept, which you can see for yourself below. 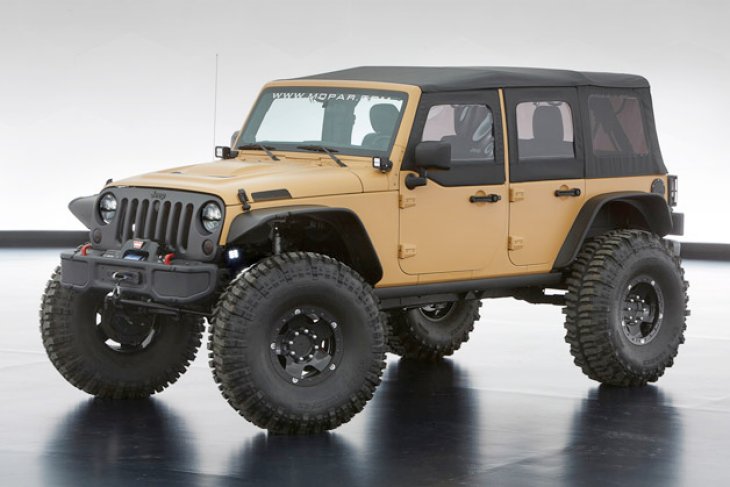 2016 Jeep Wrangler expectations — While the all-new model is a long way off, we do have a few ideas as to what to expect. The next-generation Jeep Wrangler would need to lose a little more weight, although could make use of some tougher materials, such as advanced high-strength steels and some of the body parts being made from lightweight aluminum.

You may also get a better ride if rumors of air suspension used on some of Chrysler’s SUVs are true. The reason for this is so that it offers a higher ground clearance while off road, and then the ability to lower the suspension when on the gray stuff to allow for improved aerodynamics.

There’s also the possibility of a Jeep Wrangler diesel model, we just wonder if these changes will keep the loyalists happy?