Last week, we told you that a new COD Advanced Warfare update for Xbox One had gone live, bringing some big changes to the game and more importantly – some key weapon balance changes.

When the update for Xbox One went live, SH Games took to Twitter almost immediately to say that the PS4 update had been held up once again, placing the blame with Sony and their ‘1st party approval’ system.

That Tweet on March 3 said that PS4 players would receive the update next week, but 7 days later the update has still not arrived. 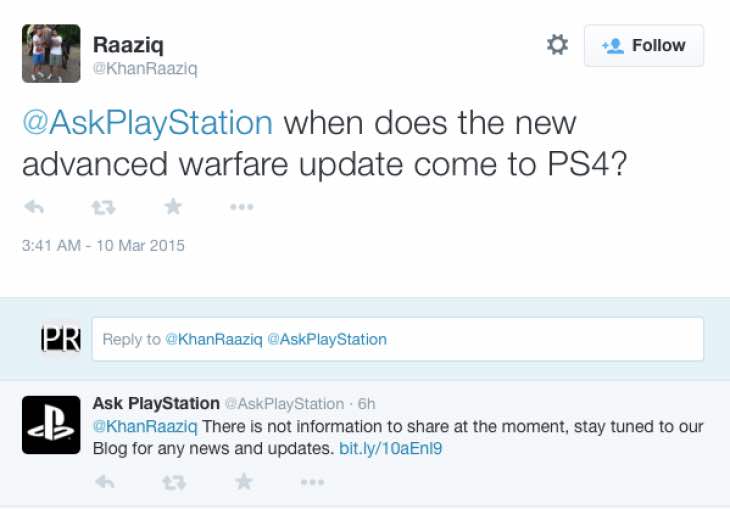 As a result, we could be hours away from what is expected to be the COD Advanced Warfare 1.12 update on PS4. We can see that some PlayStation players are frustrated with the wait and are constantly asking on Twitter when the update will finally take place.

After all, it is a bit of a sickening blow when you have to not only contemplate DLC arriving one month later, but game updates at a later date than Xbox now too it seems.

Hopefully SH Games are ready to deploy the patch this week and there won’t be any further delays. The COD Advanced Warfare 1.12 release time is coming any moment, so let us know how you feel about the wait.

Is it unfair that Xbox One players get updates one week later than PS4 gamers?