Apple Maps had its overhaul last month when iOS 10 was released, and even though we are now on iOS 10.1. there is still room for improvement, and a recent Google Maps update has pointed to one missing feature. That feature is food delivery support, which allows those that have Google Maps installed to place an order for food. 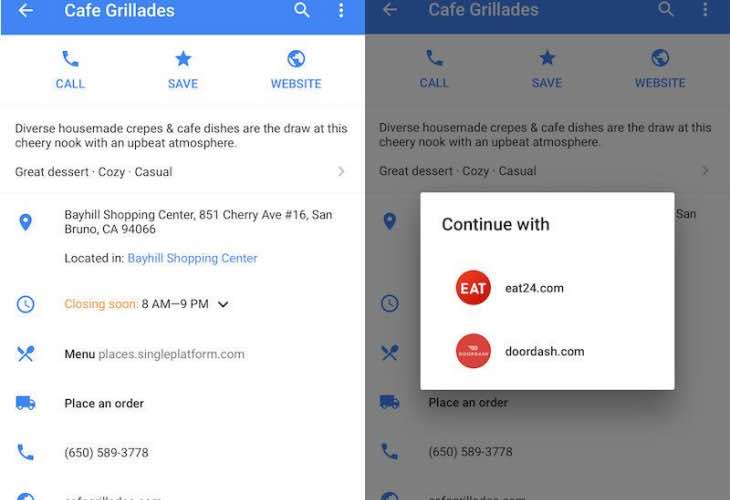 The new Place an order feature is not for all countries, and so you will know if it’s available in your country if when you go to the explore feature within Google Maps, and then go down to categories, such as lunch or dinner, and when you have found a restaurant, you will know if you are able to place an order to have your food delivered because it will just have the linked text saying “Place and order” just above the phone number.

Once you click this text you will then be taken to the app that deals with deliveries for that chosen restaurant, and so in many cases for the UK, this would be Just Eat or Hungry House. It’s a very neat feature, and so surely something that Apple will have to look into, as they need to do all they can to stop people downloading the rival map app?

Google Maps version 4.24.0 has a download size of 65.5MB and also features Streamlined taking and adding photos of places direct from the app. You can also find plus codes easily by dropping a pin, along with various bug fixes.