There is a great deal of anticipation in regard to the next Apple event in September, not only because we will get to see iOS 10 GM, but we should finally get to see if the iPhone 7 will be a significant or minor upgrade – please let it be the former.

We know that when the next Apple event takes place in September, iOS 10 will go Gold Master ahead of its official public release date, and if last year was anything to go by, we could also see the release of iOS 10.1 beta 1, but that’s just pure speculation at this time. 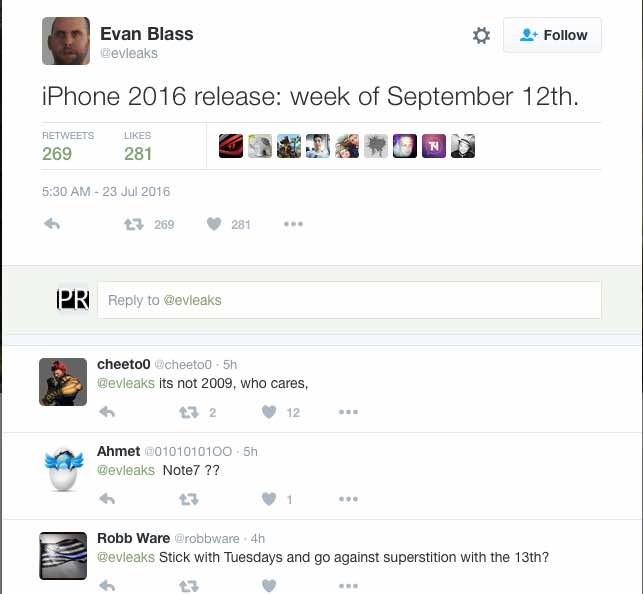 As for the date of the next Apple event, this is said to be in the week of September 12, although with this being on a Monday, we very much doubt that the 12th will be the date. However, it does get a little tricky to know what the exact date will be because the day has changed over the past few years.

While we know that WWDC has traditionally taken place on a Monday, this is not the same for their iPhone event, as Apple have chosen either a Tuesday or Wednesday for the last four iPhone launches. With this being the case, all we can do for now is narrow the Apple September Keynote date down to either Sept 13 or 14, but only based on the assumption from Evan Blass, that Apple will choose the week of September 12th.

When do you think Apple is likely to hold their iPhone 7 and iOS 10 event in September.