If you have been hunting the next Android version name after Google’s Lollipop, then you might have thought you finally knew what it meant after rumors surrounding Android Milkshake seemed to be confirmed. We have known the Android “M” reference for some time, although seeing a Google VP with a Milkshake on their watch made Twitter go crazy for Milkshake.

This rumor has been debunked by the very same Google VP, Dave Burke. He left the tweet below within the last 12 hours, which basically explains the “Rumors of Milkshake are exaggerated”. His watch face hack apparently “cycles thru my fav M desserts”, Burke said. 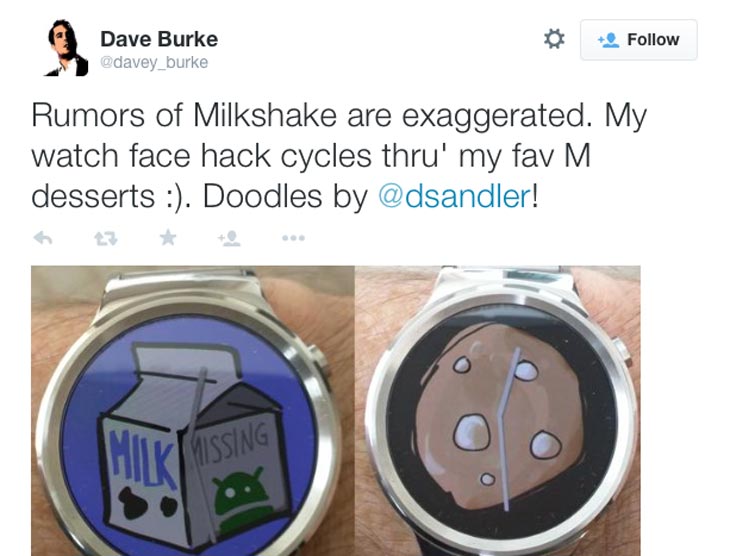 It’s strange that the desserts would be all starting with the letter “M”, but then this could just be a way to increase hype and maybe even a marketing trick to start “Android Milkshake” trending on the likes of Twitter and Facebook.

Did you like the idea of Google’s next Android version name being Milkshake? Is this better than Lollipop? Only time will tell if it really is Milkshake, or if this is more spin.