Newcastle United FC is all set to play West Ham at Upton Park today at 3pm and we are sure those of you that cannot make it to the match will be eager for an update on the results later on. Well you will be happy to learn that Newcastle United FC updates and improves its news platform with a new version of its app for iOS.

There is not a lot new with version 2.2, apart from some optimization and fixes to the apps stability. One would presume that some people experienced lag or crashing issues. We did hope to gauge a reaction as to what users thought of this updated version, but there are none on iTunes. 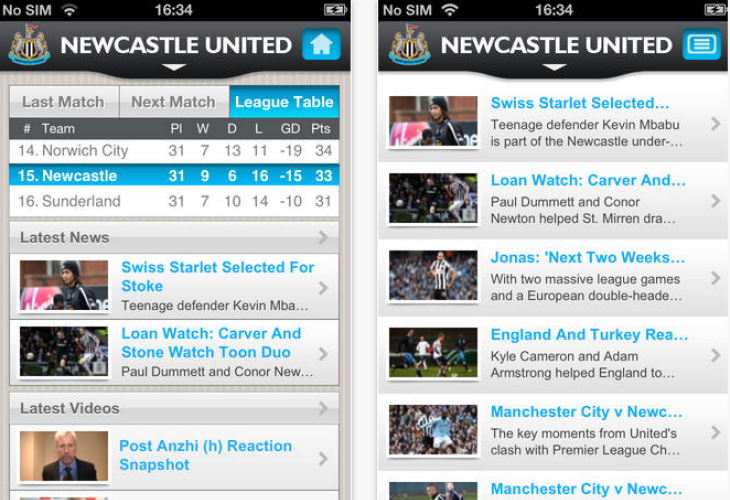 It will be interesting to see the results from today’s game seeing as though West ham’s defender Winston Reid will not play due to suspension, although both sides also have their fair share of injuries, so no one has an advantage.