Subaru have announced they will be showcasing the 2012 Impreza at the New York Auto show, which takes place later this month. The 2012 model will be launched in the US, and has the highest fuel-economy rating of any all wheel drive car sold in the country.

InsideLine are reporting that the new Impreza will be powered by a new generation four cylinder boxer engine, which can help the car achieve 36 mpg on the highway. The company hasn’t released many other details about the new model, except that it will have a more spacious interior with enhanced levels of comfort and refinement.

The2012 Impreza is due to be released later in the year in the US and will be offered in 2.0 and 2.5 liter versions. Output from the 2.0 liter plant will still push out the same 146 horsepower of the old model, but torque goes up to 145ft. 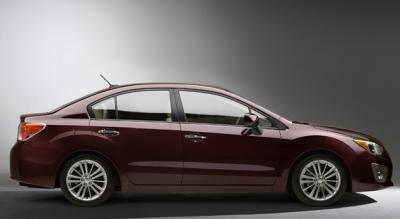