Planning for tonight is certainly recommended if you are having some people over for New Year’s Eve 2013 and party games will always go down well. So, if you own an Apple iPad or another iOS device like an iPhone, then we want to feature a few apps that will help you have a lot of fun this evening.

One of the most popular would be the New Year’s App that contains three party games for New Year’s Eve 2013 and will certainly take you into 2014 with a bang. The app is free to download to your iOS device, but there’s a cost if you want the so-called “full version” and this will set you back $2.99.

Now at version 1.0.1, the New Year’s App has been updated for 2013/2014 with hundreds of questions and challenges to create some fun party games for New Year’s Eve 2013. You can read about the full features on iTunes, where you will also find the download link or just head to the iOS App Store and search “New Year’s app”. 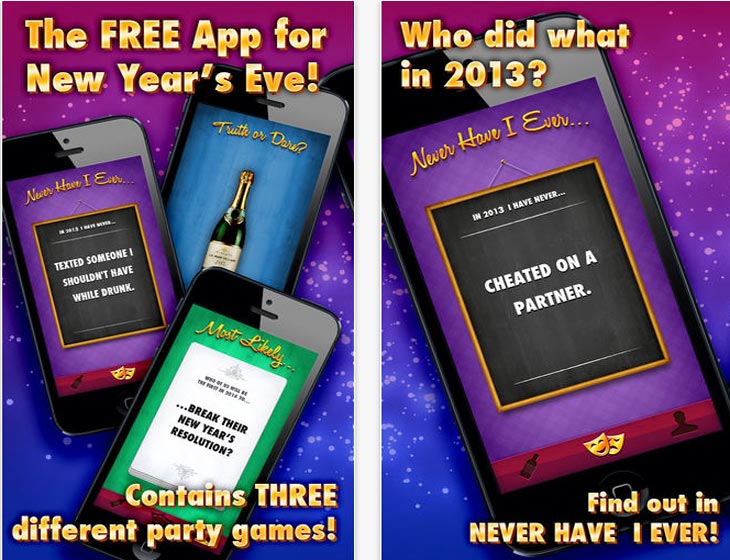 If that’s not enough for you, then let’s take a look at other New Year’s Eve party games and ideas found within more apps.

You cannot go wrong with “A Free Trivia Game” that has questions and answers about 2013. This free app can be found on iTunes, but be warned if you get frustrated easy you could end up spending on in-app purchases for hints to the question that can really cost you. If your New Year’s Eve party game will be played with a lot of people, then there shouldn’t be a worry considering most groups contain someone that’s really good at Quizzes and Trivia.

Adult New Year’s Eve party games for 2013 – the next 3 apps contain a warning on iTunes that states you must be at least 17 years old to download them. These include Adult Drinking Party Games for those that love some alcohol mixed with a party game, always ends up getting everyone well on their way, then we have the Party Time Games app that gives the user a choice between Drink Mixes, games or extras. Again, this is for adults considering it contains games with drinking involved. 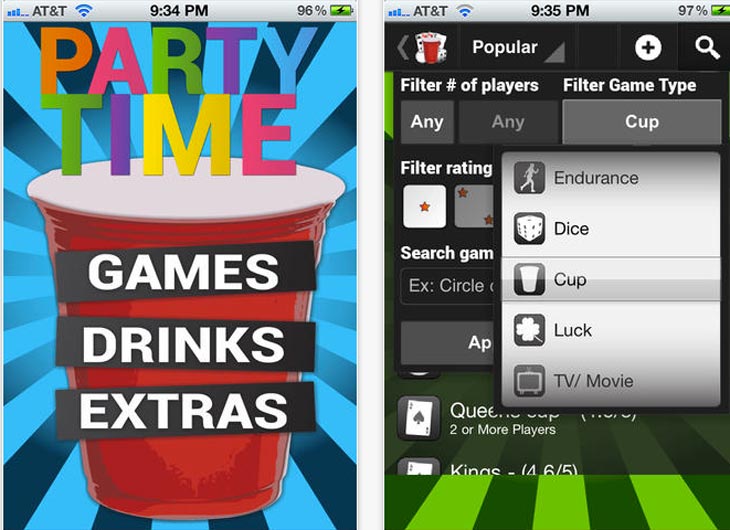 Lastly, we have the classic TRUTH or DARE party game. This app has been optimized for iPhone 5/5S, and supports iPad and iPod touch. You can learn about the different levels on iTunes, but we warned this app is also designed for adults and contains drinking plus some extreme dares. While the app is free, you can use in-app purchases like Dirty, Evils and New Year’s Bottle for even more party game fun and ideas.

Do you know any great New Year’s Eve party games that Product Reviews readers can take advantage of for 2013/2014? Feel free to leave a comment below with games you recommend, or with your rating of the above apps.