It looks like New Year’s Eve 2013 has arrived in the theme of dancing, well that’s according to Google’s latest doodle found on the UK search homepage at the time of writing.

The United States Google.com page is yet to reveal the New Year’s Eve Google doodle for 2013, but this is normally due to the fact that the day hasn’t arrived for the majority of those in the US just yet.

You can see the Google doodle for New Year’s Eve below and it showcases the “2013” numbers along with a four being left out during the dancing. Head over to Google’s homepage to see the full animated doodle along with dancing numbers. 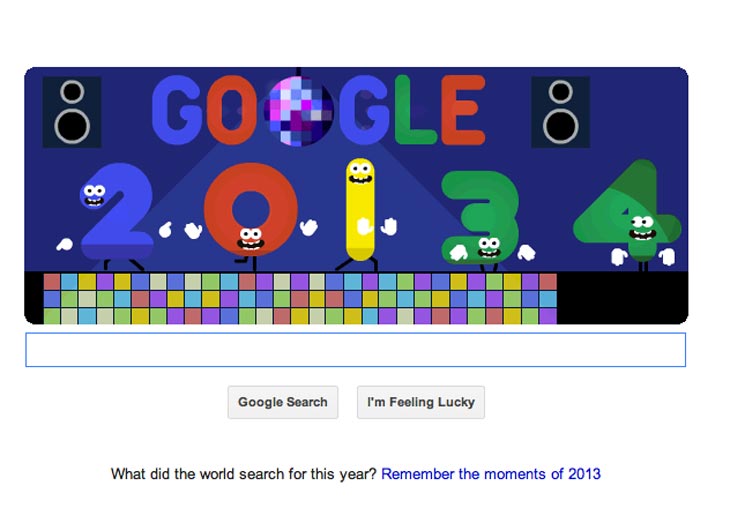 It is a shame once again not to be treated to a free flash game within the 2013 New Year’s Eve Google doodle, and we say this after the Pacman doodle was voted one of the best by Product Reviews readers.

What plans have you made for New Year’s Eve 2013, and do you love the doodle this year?