Some of you may have just had to install a new Xbox One update on March 28 2016, kicking you out of any online game in the process. As far as we’re aware, Microsoft didn’t give a heads-up beforehand, leaving users scratching their heads as to what is new on Xbox One after the update today.

Initially we thought it was just the March 2016 update rolling out late to some users in certain countries, as we know big Xbox One system updates sometimes takes a few days to roll out to every region.

However as you can see on the live feedback from social media, it appears that this is a new Xbox One update entirely. 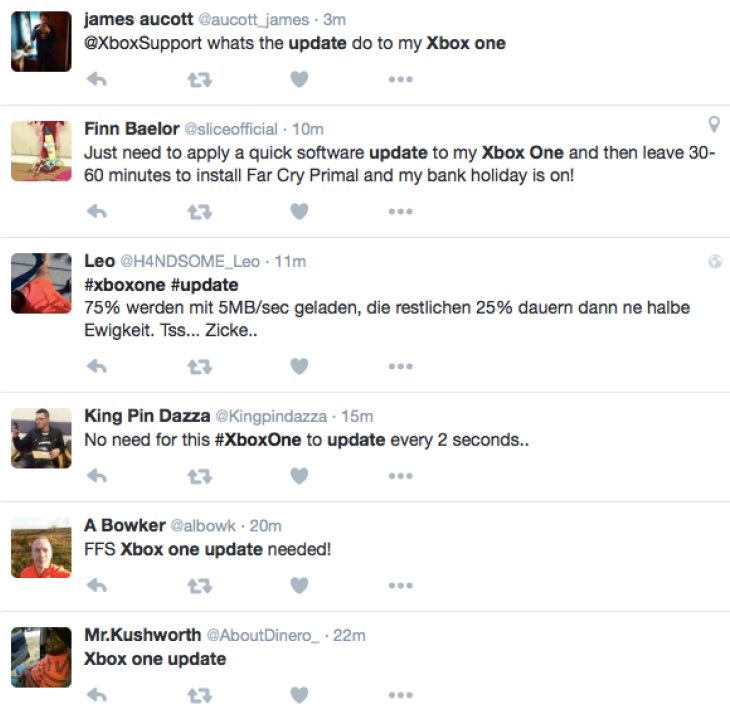 Don’t forget that it is the early hours in the US at the moment, which could be the reason why Major Nelson hasn’t revealed the Xbox One update notes for March 28 – if there is any.

Hang on tight and we’ll update this with more details when we can. For now, can you please confirm if you have just received a notification to update and which country you are in to narrow it down.

Anyone noticed any new features right off the bat?