The desire to see new Xbox One games announced at any major event would be a no-brainer for the console owners, although it’s has been made clear that Microsoft will not be making new game announcements at The Game Awards 2014.

This obviously includes their latest Xbox One system, Xbox 360, and other platforms. The statement came from Microsoft’s lead for their games marketing team on Twitter, officially known as Aaron Greenberg.

Reactions from the gaming community – even though Greenberg made it clear The Game Awards this year won’t include new Xbox One games, or any new game announcements from Microsoft, there’s a large group of gamers hoping this is a “ruse”, so they can lower expectations and then surprise fans. Personally, we don’t believe this one bit, but of course it’s understandable from the gamer perspective. 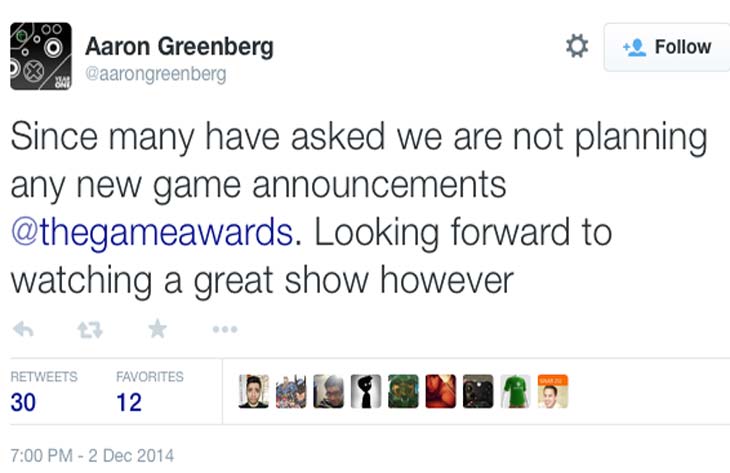 Are you disappointed to hear that Microsoft will not be making any new game announcements at the 2014 Game Awards this week? You can see the official tweet by Greenberg within the image above. Leave your comment below in regard to this move by Microsoft.