The new Xbox One friends list is proving to be a popular feature within Microsoft’s new system update, especially after thousands complained about problems with the Xbox One friends list. Gamers said this section won’t load a few days ago and in fact, even within the last 12 hours.

You can see a screenshot taken from the new friends section below, which reveals a Gamesscore friends leaderboard. This section highlights the highest game scores from your friends list on Xbox One and joins other improvements like games that are popular with friends.

It’s great seeing the friends section enhanced further and helping us connect in more ways with friends. We all love to be a little competitive and this is even more so, now we can see exactly what games are popular with friends and how well they are doing with these titles. 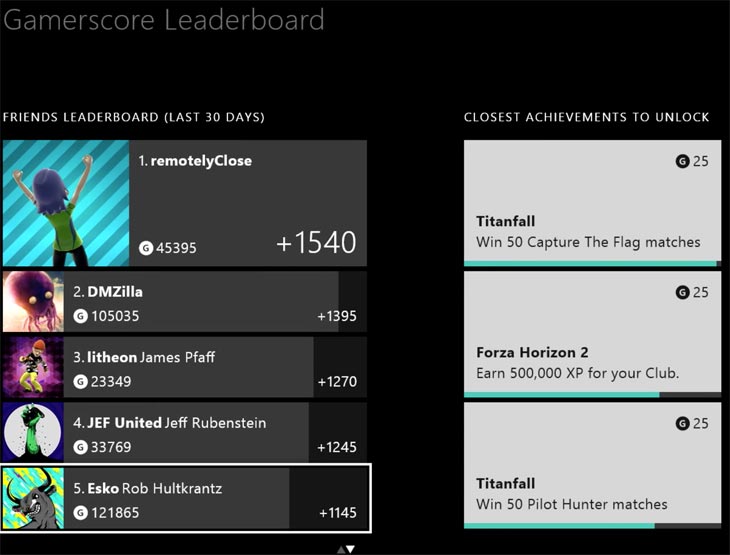 Down Today highlighted the fact that Xbox One’s friends list was not working 5 days ago, although the official status page updated and revealed problems were still happening just yesterday. You can see the status update from yesterday below. Product Reviews also highlighted the issues with Xbox Live going down around 5 days ago, and the friends list not working or just being slow.

How is your Xbox One and 360 friends list right now? Is it loading fine, or do you have problems? One of our readers had this to say just 10 hours ago, “Yep no friends list again, paying for xbox live right now and for what?”. It’s not clear if this is before updating to the new software on Xbox One, or if in fact this is just for the Xbox 360 system instead.

You can read the full release notes for Xbox One’s October update within this article. We’d also love to hear from those that installed the new Xbox One system software, especially with your thoughts on the new friends list. We performed a few tests on our Xbox One system and everything seems to be working without any loading issues.