The new Xbox One update has now gone live for many gamers, but Microsoft has already detailed a list of New Xbox One Experience update problems that users may run into after installing.

They include complaints about users saying that they can’t sign into Xbox Live after installing the New Xbox One Experience and are frequently seeing the screen which keeps asking them to input password.

To solve this, Microsoft has advised users to remove their accounts and then re-add it to the console and try to see if it works. 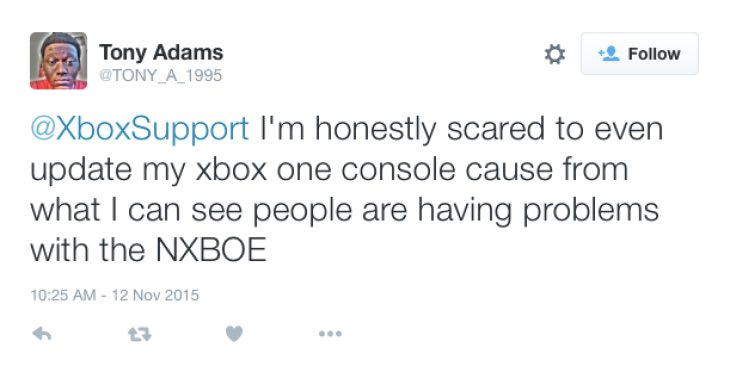 This is just one area however. Microsoft has a whole list of potential problems that users may encounter with the new update.

While it may be frustrating to see early issues after a long period of waiting for the update to arrive, it’s still good to see Microsoft already on top of the situation with help for those affected.

Are you having any problems with the New Xbox One Experience after installing? List them below and hopefully other users will be able to help to solve quickly.