We are already hearing about some surprises involving Fallout 4 at E3 2015, but now we have another juicy rumor to share about what Microsoft could be planning to show at their E3 2015 press conference.

How would you feel if Microsoft suddenly launched an Xbox One 1TB console with double the storage? That is what we have just seen listed over on a site in Spain and you can see it by following the link.

It’s worth noting that Microsoft has launched a 1TB Xbox One console before, with a special version of Call of Duty: Advanced Warfare. 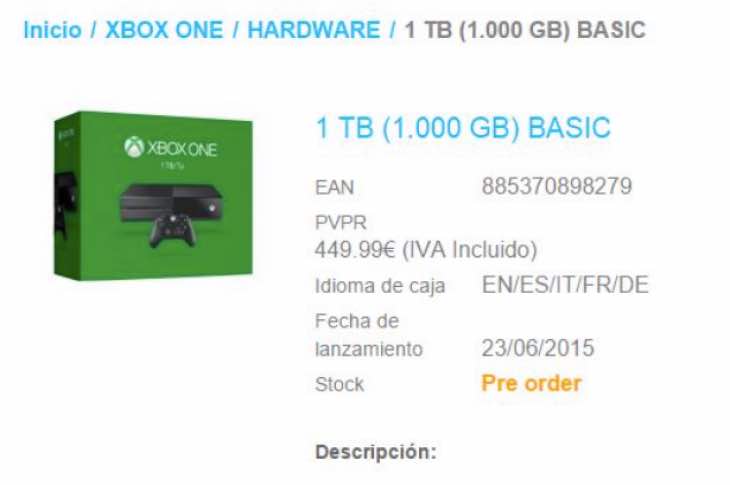 However, E3 2015 could be the moment when Microsoft decides that they want to start offering 1TB consoles normally and we know that there will be a lot of demand for it if they do so.

500GB of memory does not last long these days any more, especially with huge patch installs and digital games that are 50GB a piece.

Hopefully we’ll see some more evidence between now and E3 to confirm that these 1TB Xbox One SKU models are definitely on the way.

Would you buy a 1TB Xbox One? Give us your thoughts below!