Xbox gamers can celebrate the new year in style now as the first game of January 2019 Games with Gold is available to play.

As Microsoft revealed recently, the free games on Xbox One will include Celeste and WRC 6 as the two main games to start the new year.

Now you can download Celeste as it is available from January 1 right throughout the month, WRC 6 will be unlocked from January 16 to the end of the month. 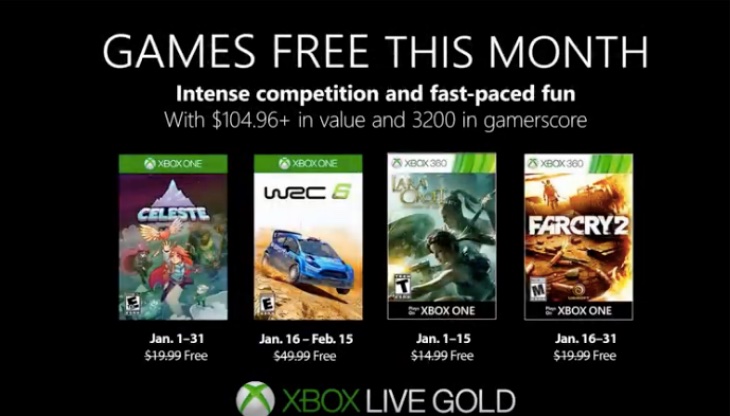 On top of this, those who like to make use of Backwards Compatibility can also enjoy Xbox 360 titles Lara Croft Guardian of Light today, while Far Cry 2 will be available from January 16.

As a paying subscriber, are you happy with the selection of games to kick off 2019? If not, what changes would you like Microsoft to make to the format moving forward?