This generation’s gaming consoles — Nintendo Wii, Xbox 360 and PlayStation 3 — are forever being compared in so many different ways, including sales-wise, gameplay and even motion control. Some could say that the Nintendo Wii has dominated the market in terms of long-term sales.

On the other hand, the Xbox 360 has possibly dominated in regards to exclusive titles in the short term, while the PS3 has maybe dominated in terms of exclusive games in the long-term. The next question however is what will happen with the next generation of consoles, such as the Xbox 720 and PS4? 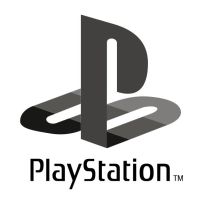 Paul Ireson over at examiner.com says that he can see Nintendo repeating in regards to their hardware success, by releasing a new system. Although it would still probably have to compete against Microsoft’s Xbox 720 and Sony’s PlayStation 4 gaming consoles.

According to the report, Microsoft has given previous hints of wanting to produce a download only gaming system, but that can be taken with a pinch of salt at this stage. Sony on the other hand has fans excited with talk of improved hologram technology, and 240hz.

You can read more of this story via examiner.com. Who do you think will come out the champion in the next generation of consoles? You can also read our previous article on release date predictions for the PS4 and Xbox 720.