You might have heard that the new Xbox 360 dashboard update is live, although the release time won’t be the same for everyone considering this is a rollout that Microsoft said could take a couple of weeks. The Xbox 360 system update for Fall, 2012, will reach around 3 million consoles right away, so if you are one of the lucky ones we’d love to hear from you in the comments with your first impression.

We’ve got three Xbox 360 consoles here in our office for testing games and checked one system in the UK for the new Xbox 360 dashboard update, which resulted in a message stating, “update in progress“, so we thought our luck had been in. After the update we found the dashboard and Xbox Live looking like the photo below, and checking settings and then system information showed that this software had been an update from months ago.

The problem had been with this particular Xbox 360 that hasn’t been used in a while, so it was an Xbox 360 dashboard update from earlier in 2012. We’ll be checking throughout today and over the next couple of weeks for the Fall 2012 system update, and we have a few work colleagues in a number of areas around the UK and United States, so we’ll be able to report when these systems go live in the coming days. 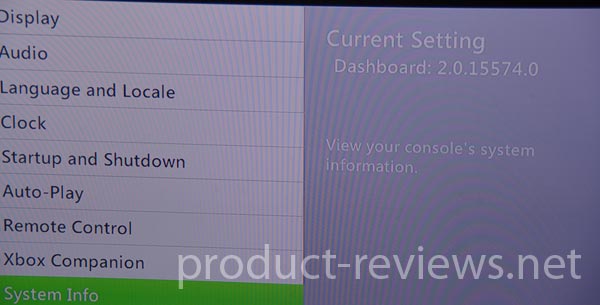 Have you spotted the new Xbox 360 dashboard update, if so share the release time for you and the part of the world you’re in? We’d love to hear from PR readers when you see the new dashboard launch, so hit the comments with the details. The dashboard should look like the image seen below when it’s live on your system, although you can check system settings to see if you have the latest version.

This update shows that Microsoft’s Xbox 360 is targeting much more than just games, and while this has been the case for a while the Fall 2012 dashboard update reflects this more than ever. You’ll find a number of web services and entertainment options put together, to make content much easier to find.

The image above also shows the well-known logo for Internet Explorer, which is a very noticeable addition to this update. With the web browser being integrated in this way it will be much easier to find content online, and the support of HTML5 videos is also welcomed greatly considering this is the so-called future of markup language. What do you love and hate about the new Xbox 360 dashboard, and is there anything missing from this update? If you’re hands-on then we’d love to know if you spot any problems or bugs, which you can share in the comments below.