Some new gameplay for the The Witcher 3 has recently become available, with Microsoft uploading it onto the official Xbox YouTube channel for upcoming Xbox One users to enjoy.

Any new gameplay that appears on the Xbox YouTube channel is obviously presumed to be taken from an Xbox version of that game.

However, in the case of this Witcher 3 footage, it has actually been taken from the PC version of the game – i.e, the lead platform and the version which is going to look the best graphically compared to console versions. 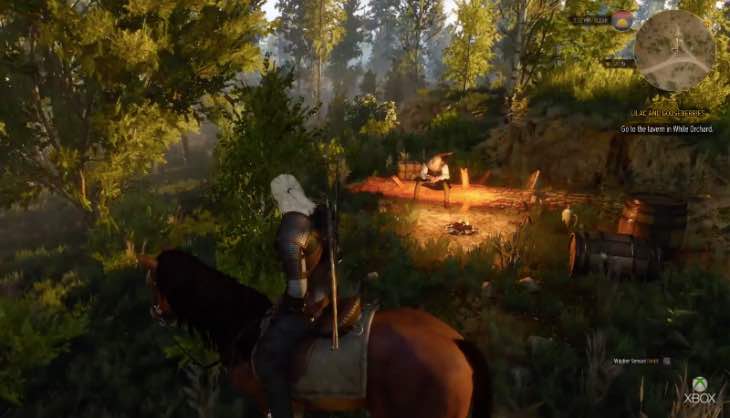 Microsoft made an apparent mistake by uploading the footage to their Xbox channel, without initially specifying that it wasn’t taken from an Xbox build.

They later updated the description of the video in question to say that it was captured on a PC – the video still has the Xbox watermark in the corner however.

Watch the video below and let us know what you think about it. A genuine mistake by Microsoft or a bit naughty?