We have some rather interesting news now for those of you who own a Nintendo Wii console and a balance board. It has recently come to light that Marvelous Entertainment’s new horror title Night of the Sacrifice is going to have support for 2 players and the Wii Balance Board.

We’ve all seen the Balance Board used in skiing games and fitness games, but horror style games are most definitely a first. Unfortunately not a lot of details have been given about this game according to Anoop Gantayat at uk.wii.ign.com, so I guess we’ll just have to imagine how it will work. 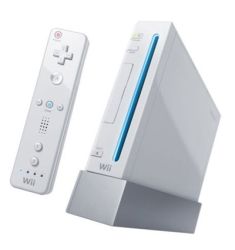 What we do know however is that Night of the Sacrifice — titled “Ikenie no Yoru” in Japanese — follows the adventures of a group of college students who head out to explore the Tsukuyomi Ravine and the area’s dark and spooky mansion, with the Wiimote serving as a flashlight.

The good news doesn’t stop there either, as it appears that a trailer is available for the upcoming horror title as well. As Mike Jackson over at computerandvideogames.com (sourced from Andriasang) reports, the Night of the Sacrifice game is looking rather creepy.