This is the new VW bus concept for 2017 that everyone is talking about, named I.D Buzz, which was announced at the North America International Auto Show in Detroit Sunday just gone. The VW ID Buzz is the first fully autonomous driving mode and according to Volkswagen, it will get around 270 miles using two motors to power a whopping 369 Bhp, not to mention featuring an all-wheel drive system.

Volkswagen have also made enough room inside for eight passengers and two luggage compartments leaving you plenty of room for them long journeys. 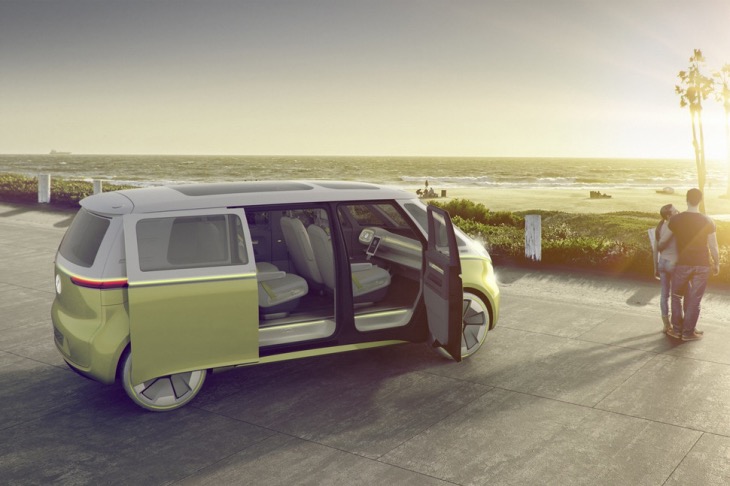 Inside the I.D concept, drivers have great access to features such as augmented reality HUD and touch-sensitive steering wheel. VW’s centre console has something called the “I.D Box”, this serves as the control panel for the driver as well as being able to detach the Bluetooth sound system that can be used outside of the vehicle.

However, the best feature out of them all is Volkswagen’s I.D Pilot autonomous driving mode, when in use, the steering wheel retracts the front seats at 180 degrees and then causes them to slide towards the back of the bus to join your friends or family.

Please take a look at video below this article that shows most of the Volkswagen I.D Buzz concept features in action, it’s really impressive.