We had hoped that a recent, so-called sighting of the new Toyota Supra would clear things up that bit more, and give us a bit more insight into this model set to make a comeback in 2017. However, it would seem the video you see below has caused even more confusion. 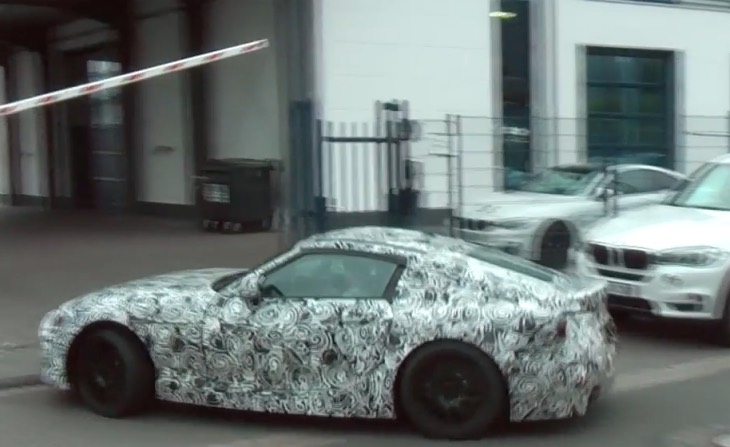 In the video you see a car emerge from the BMW M Test Center, which is said to be of the upcoming Toyota Supra, and you can clearly hear that it does not sound like your usual petrol engine. There is a slight whirring noise, which has led people to believe there is some sort of electric motor involved, and it certainly sounds it.

However, some people believe that this is too small to be a new Supra, and so it is more likely to be the BMW Z5. Now this would not be too much of a stretch when you consider this car is being built by BMW and Toyota, and so they will be sharing the platform and technology.

The thing is, we also think it looks too small to be a true Supra, and is more fitting with a Celica, which Toyota stopped making in 2006. Now, it does look very much like a Z model in terms of its proportion, and so we will just have to watch this space.

Why don’t you have a look at the video below and tell us if you think it is a Toyota Supra or a BMW Z5.