The unveiling of the Toyota FT-1 concept during the Detroit Motor Show was a rather interesting one because it gave us an insight into what they have planned for the future. While this might not sound that exciting at first, it is when you consider what we could be looking at is the future production model of the new Toyota Supra.

If we are correct then the FT-1 concept could shed light on what the all-new Toyota Supra specs could be. Okay, first things first, the current exterior is a little on the ugly side, although it would only take a few design tweaks to make a huge difference.

This might only be a concept for the moment, but then again so was the Furia, which was pretty much the 2014 Toyota Corolla, albeit from a few design changes. 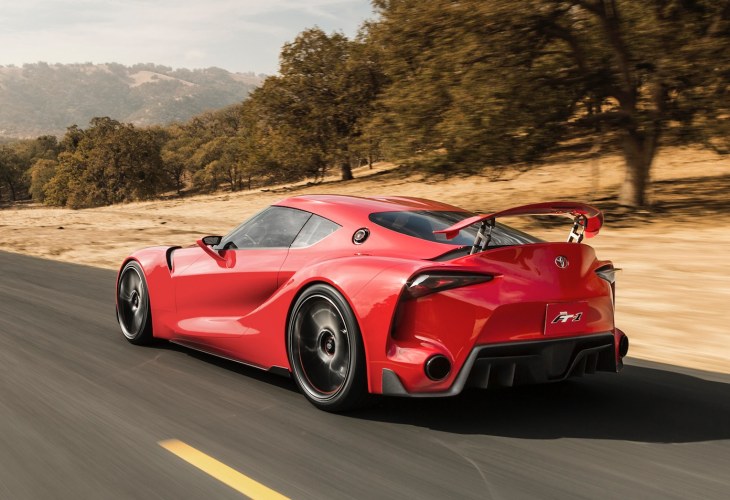 Toyota never went into much detail about the possible performance of the FT-1 concept, but they did say it would pack a punch with a very powerful engine, so not a hybrid or electric motor in sight. Let’s face it, if they did that then it would spoil the name Supra.

More details on this can be seen in the video below, which also discusses if the vehicle will actually be built. Let us hope they do because it truly is a solid platform to transform itself into the Supra of the future, whether that will be next year is anyone’s guess.