Lara Croft has been one of the most influential characters in the gaming industry since Tomb Raider began in 1996. Her bravery, brains and her pair of physical attributes have always defined the game, setting it aside from other 3rd person platform games.

Although Lara’s physical appearance never lost its interest CVG say the game itself novelty faded. This is why Square Enix and Crystal Dynamics both decided to give the archeologist a makeover.

The new rejuvenated 21 year old Lara will yet again go on an adventure, this time to get out of a hellish situation. More about the game can be read at CVG here. 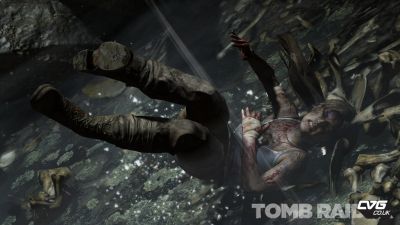 What do you think of the new Tomb Raider? Will the new look Lara be enough to topple Uncharted off its throne?