Cries of ‘downgrade’ seem to be a regular occurrence on social media. With the unfortunate trend initially starting with games such as Watch Dogs, we’re surprised to see many gamers who are now adamant that The Witcher 3 graphics have been downgraded too.

While we believe that the claims are overly harsh towards developers CD Projekt Red, we bring you the latest gameplay footage of the RPG adventure title, allowing you to draw your own conclusions on the topic.

We’ve all seen some of the beautiful screenshots that the developers have released over the past six months, but now is the chance to get a look at actual in-game footage of the game running on PC hardware. 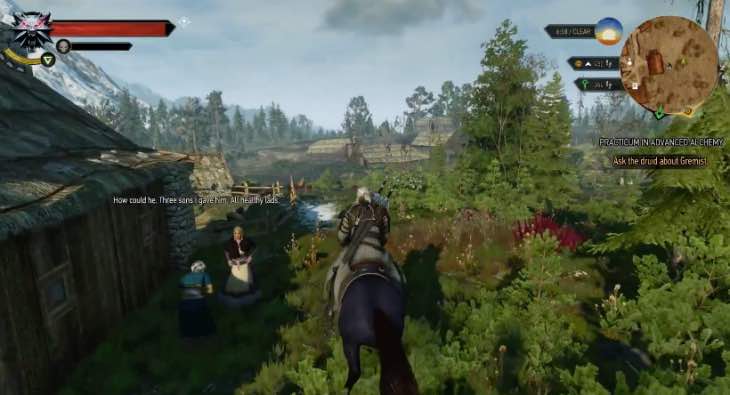 There’s almost 15 minutes of pure gameplay footage for you to enjoy. For those that have gone from playing Skyrim, to Dragon Age: Inquisition, this game looks right up your street and that horse whistle in the footage instantly brought us back to the land of Thedas.

We’re not sure why we keep seeing downgrade mentioned, as the game still looks amazing in our opinion. We see other developers use the same tactics at E3 and other trade shows where games do not end up looking as good – but can anyone say that The Witcher 3 looks terrible in its current state from the footage below?

Most will say that it still looks incredible. One thing to note though, we’re not sure why the video below has been tagged as PS4 and Xbox One footage.

As far as we’re aware, this gameplay is running directly on PC hardware and was taken from a recent hands-on event. Enjoy the footage and let us know what you think about the constant cries of downgrade.

Is it unfair or justified?