TCL has revealed a range of new TVs today, all feature an operating system taking advantage of Roku’s built-in and made-for-HDTV service. Sizes range from 32-inches right up to a 55-inch model, and under the new TCL Roku 3850 and 3800 series TV branding for 2015.

If you’re not new to the Roku box, then you will know all about the features and add-on apps. These include the likes of Hulu Plus, Netflix, HBO Go, Amazon Instant Video, and ESPN, as seen with many other set-top-boxes. The difference here is the ability to forget about a separate box and instead, have everything built-in. 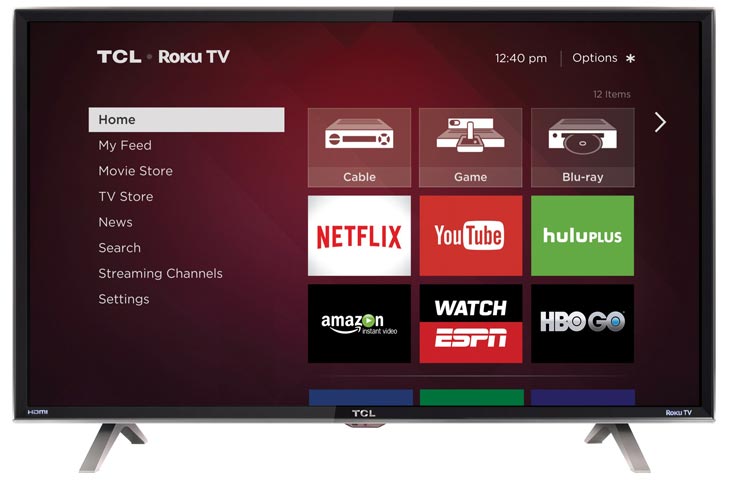 Roku and Apple TV currently rule in terms of consumers buying set-top-boxes, although they both take a very different approach with Apple TV being favored by Apple’s very loyal following.

Considering we are unlikely to see a full Apple HDTV in 2015, this might be the next best thing and make a few Apple fans jump ship once their new TV comes with Roku inside. You don’t need to stick with just Roku streaming services, as you can connect other devices like Blu-ray players and cable boxes.