It looks like Smash Bros players on Wii U and 3DS have some very exciting news to look forward to this weekend. Nintendo has just announced that there is going to be a Smash Bros Direct from Masahiro Sakurai on June 14 2015.

As you can imagine, this could mean that we are going to get some new Super Smash Bros DLC characters for 2015. With this in mind, we have picked out one fantastic video which takes a look at some of the top choices for Nintendo to consider.

They include the likes of Sonic’s trusty sidekick Tails, King K Rool from Donkey Kong, Bayonetta and Bomberman – all great choices in our opinion and worthy of being included in the playable roster as DLC. 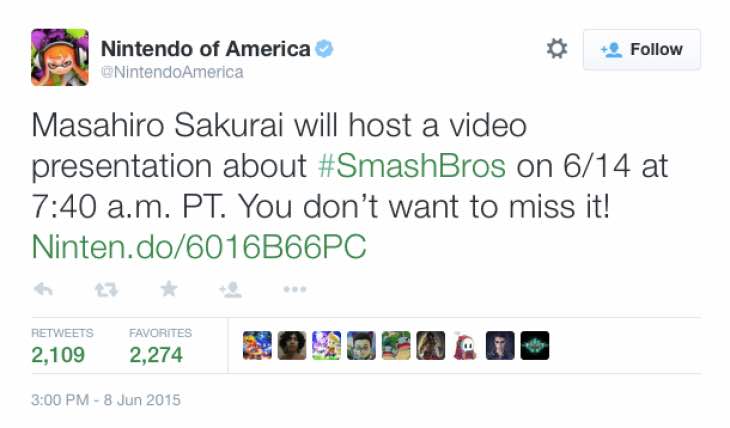 The Tweet above confirms that the event will be taking place on Sunday June 14 at 7.40am Pacific Time – obviously to suit the Japanese audience.

We could be wrong about new DLC characters being announced, but given that this event is happening separate and away from Nintendo’s other E3 direct broadcasts – something big must be coming to the game.

Take a look at the clip below and tell us what characters you are waiting to see in the game. Would the likes of Bomberman, Bayonetta and Tails be great additions in Smash Bros or not?