It’s been a few years now since Electronic Arts has released a game in the popular skiing and snowboarding video game series SSX, but it looks like that is about to change. If recent reports are to be believed, then a brand new SSX game could be on its way at some point.

According to a recent article by Michael McWhertor over at kotaku.com, a source that is familiar with the game’s development claims that EA Canada has been working on a new SSX title for the Xbox 360 and PlayStation 3, for a couple of years now. 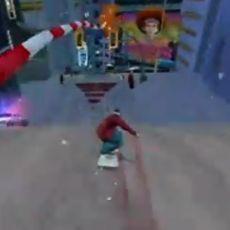 As the source reports, the next title in the series will be taking the SSX game “back to its roots,” although it will feature controls very similar that those of Electronic Arts’ Skate franchise. There have also been indications that the game could well be called SSX Deadly Descent or SSX First Descent.

It’s also been said that development of the upcoming game is being handled by a lot of the Skate team. New and proposed features for the next SSX title include ice-climbing, base-jumping, skyboarding, para-skiing and the ability to take part in helicopter rescues and drops.

As reported by Tom Pakinkis over at computerandvideogames.com, the first hints that the publisher was preparing to release a new SSX title came at the beginning of November, when Electronic Arts registered a number of SSX domain names.

Do you think there will be a new SSX game released soon?