As usual, the developers have been coy on what new features have been introduced and over on the App Store there has been no detailed notes released for the Snapchat 9.23.1.0 update on iPhone, other that it offers ‘Bug fixes and improvements’.

You can see here though that there has been some new Snapchat features added which users are already playing around with – plus there could be more on the way this month too. 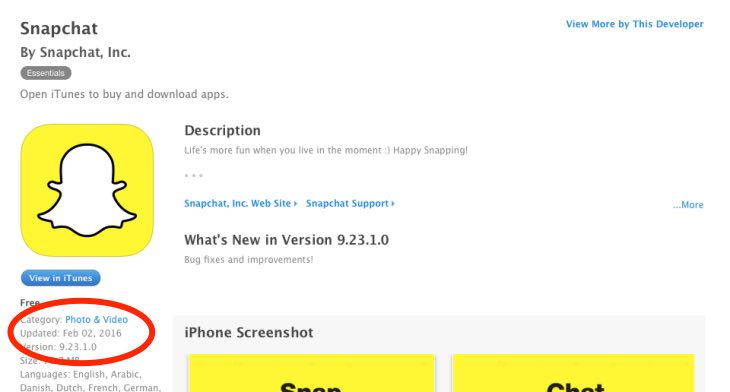 A post over on the XDA Forums suggests that these recent Snapchat updates have been paving the way for more substantial features to come at a later date.

These include new Snapchat Audio and Video call features, along with a new Snapchat UI that is supposedly in the works. There’s also going to be new Snapchat Stickers added to the chat as well, so we’re really interested to see these features in action.

It’s worth noting that accompanying screenshots of these secret features have since been removed from XDA Developer Forums, so draw your own conclusions on that.

Did you just get a new Snapchat update today? If so, leave us a comment below on what you think of the changes.