So, we now know that Apple does have an event coming up this month, or March 21st to be precise. While we may know that much, we have yet to learn what product launches there will be – although we already have a good idea.

Ok, so we know that whatever we know so far is based on rumors and assumption. Having said that, it’s highly likely that Apple will update their MacBook line – especially the Air because its current design is getting on a bit now.

Another device that looks to be getting its reveal later this month during Apple’s March event is the 9.7-inch iPad Pro, which could be in place of the iPad Air 3. We know that this could be a controversial move, but then again maybe Apple understands that they need to phase out the other model and put more effort into the Pro range to better compete with the Surface Pro? 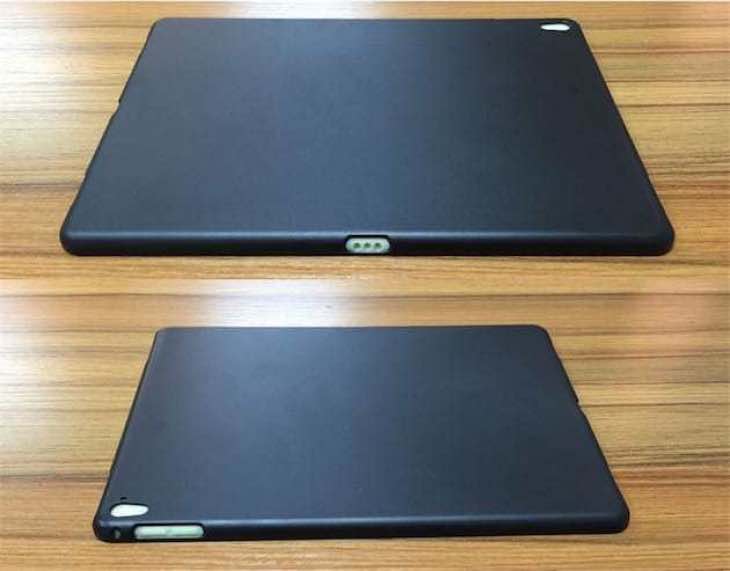 The evidence for this device keeps building, with the latest being two 9.7-inch iPad Pro cases appearing – although we have seen accessories like this appear before, and they have come to nothing.

On the Twitter page of Nowhereelse.fr are a couple of cases for this rumored iPad, and the cutouts seem to backup those previous rumors with its cutouts for the camera, Smart Connector, and also a cutout for a camera flash – something that the iPad Air does not have. It’s hard to see the cutouts of the improved speaker grills from the case images, but we suspect they will be there.

Do you think Apple will ever release an iPad Air 3, or do you think the smaller, iPad Pro will put an end to the Air line?