With just hours to go until EA and Microsoft’s E3 2011 conference, we will get to see a new Resistance 3 trailer prior to each keynote. This is different to what we first assumed, so great to see that we will get to see some new footage of the game first. No doubt the two companies will have much to say while they are holding their conference, so you had better keep an eye out.

Insomniac will not only show off some new Resistance 3 footage, but also for Ratchet and Clank: All 4 One and their new IP for the Sony PlayStation 3 and the Xbox 360. This is certainly a big event for them, so was obvious that they wanted to show it as soon as possible.

Examiner says that we should expect to see the new trailer anywhere from 9AM to 9:30AM PDT. That is even before WWDC, which is due to take place at 10:00AM PDT, which we have to say is no coincidence. Maybe they knew that most eyes would be on Apple’s keynote, so needed to get in before Steve Jobs took all the limelight? 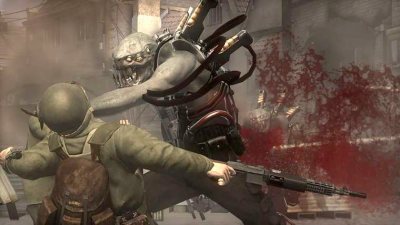 There could be a whole number of reasons for the change of time, but we like ours best. Resistance 3 is due for release on September 6th, and there has already been an announcement regarding pre-order bonuses, which we discussed back on May 26th. However, those of you in the UK will not be able to get your hands on the new game until three days later.