Sony’s pre TGS 2015 event is over and one of the biggest announcements was a new PS4 price cut for the Japanese market. You will now be able to pick up a console for just $292 or £189 in the country making it a very affordable product.

Naturally all eyes are now on whether Sony has decided that the time is also right to announce a new PS4 price cut in US and UK before the end of 2015.

Nothing has been announced yet to suggest it is happening, but the PlayStation Experience 2015 is coming up in December so that could be a good time for an announcement – if it happens. 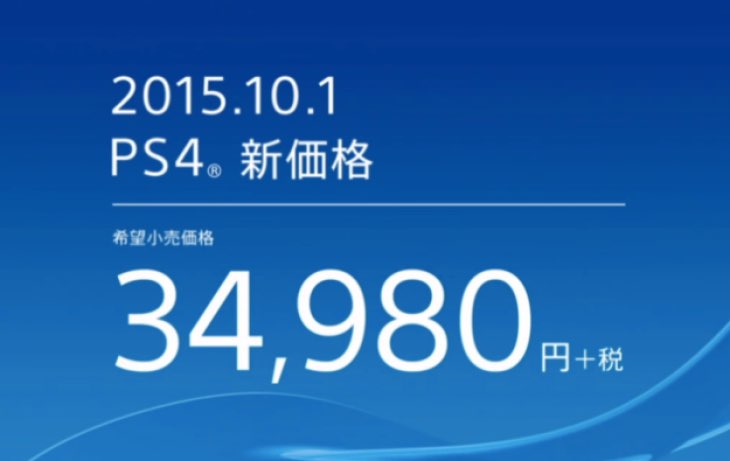 Above is the new price of the PS4 in Japan, a 10% discount compared to the current price with the new figure going live as of October 1 2015.

We don’t want to get everyone’s hopes up, but lets see if it does happen since who could have predicted a price cut for Japan would be coming at TGS?

The PS4 is still performing very well in terms of global sales so Sony may decide to hold off until another year. Let us know your thoughts on the surprise PS4 price drop in Japan and your personal guesses on whether we will see one over here.