We have some great news for PS4 users now, as Sony has announced that they are ready to begin beta testing for the next PS4 update in 2018 and it is going to be a major one.

We are currently on version 5.03 which means that the next major update is going to be version 5.5. We are led to believe that this will arrive first before PS4 update 6.0.

There are currently no clues as to what is going to be in the next update in terms of PS4 5.5 update features, but Sony has already opened up registration for how to sign up to the PS4 update beta program. 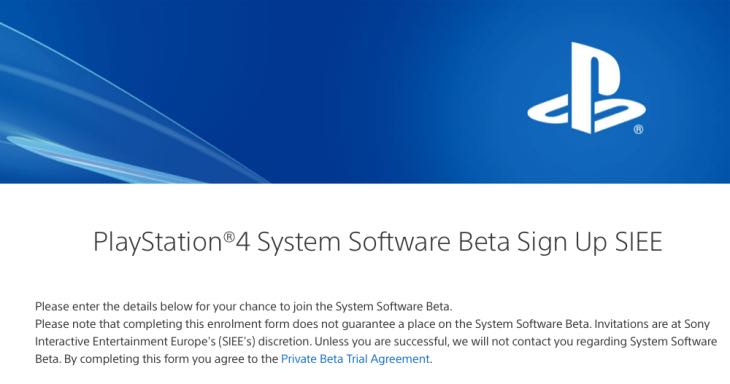 For US gamers click this link, for those in the UK and EU click here. You simply have to leave your PSN username and Sony will be sending you an email in the coming weeks if you have been selected.

As an added bonus, those that sign up also have the chance to win a free exclusive PSN Avatar as well which sounds exciting.

Once we have more details on PS4 firmware update 5.5 we will let you know but while we wait let’s have some fun and tell us what you personally would like to see in the next update from Sony.