Earlier on we informed you that there was a brand new and sizable update for the PlayStation 3 system, which updates the firmware to v3.70. So far we haven’t discovered any major problems with the update but we have discovered a minor issue which occurs on selected TV sets.

If you haven’t updated to v3.70 yet, you can do so by switching on your PS3 console – you’ll have to update anyway since it’s mandatory this time by Sony, unless you are running a custom firmware of course.

Anyway, the problem we discovered whilst updating will only affect those with a Samsung LED TV, as it appears as if the TV will lock out for a few minutes during the update process – giving you a ‘Mode not supported’ message at the same time. If this is happening to you, DO NOT switch off your PS3 as it looks like a problem related the TV, and the resolution setting, not the console itself. Wait for a few minutes and your PS3 will start up as normal, although it did feel like something bad had happened during the update process we must admit. 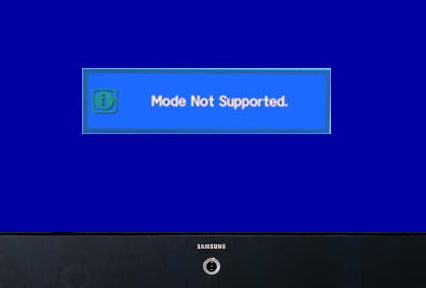 Again, this is not a major problem with the firmware 3.70 update, but rather a heads up for those of you with Samsung LED TVs who are yet to update. On a side note, we’ve also seen that Sony has created a new category on the XMB labelled TV/Video Services, which you will now find your on demand services such as LOVEFILM, iPlayer, Hulu and so on. You may not see this content straight away, but heading into the ‘My Channels’ section will sort this out for you, this may vary depending on what region you are in though.

With that said, it looks like 3.70 is a pretty good update, adding lots of new features. Automatic updates is a very cool addition, although it is only available for those with a PlayStation Plus subscription. If you have discovered any other problems with 3.70 or encountered the same issue involving Samsung LED TVs, then get in touch with us below.