The Pokemon Go train shows no sign of slowing down any time soon, with a huge datamine leak this week revealing that even more rare Pokemon are on the way to the game soon.

Datamines have become a common occurrence for Pokemon Go in finding out future Pokemon are on the way before Niantic announces them and it appears to have happened again.

This time it is a big reveal as Deoxys has been spotted inside the current Pokemon Go game files. Deoxys is the legendary (or mythical if you want to go by its official tag) Pokemon from the Hoenn region, which was first seen in Pokemon Ruby and Sapphire. 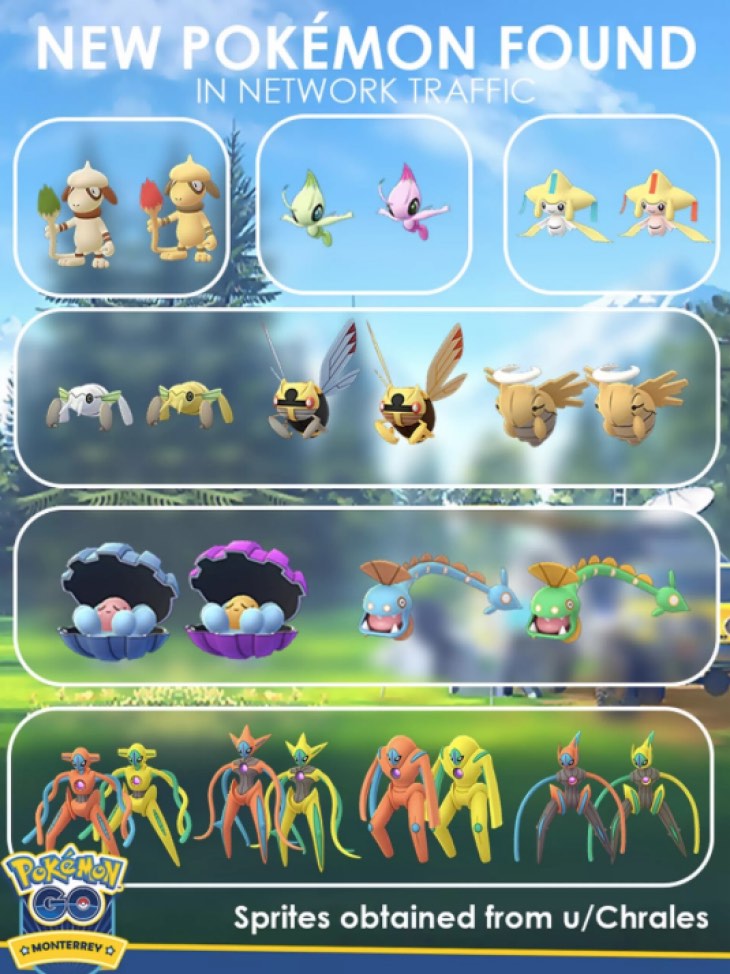 It is definitely one of the highly sought after creatures yet to appear in Pokemon Go and now it looks like there will be an upcoming event or raid to unlock Deoxys which you definitely don’t want to miss.

Also revealed in the leak are Smeargle, Celebi, Jirachi and others, you can see them in the image above thanks to Reddit user Chrales.

Are you excited about Deoxys coming to Pokemon Go?