We have some big news to share for hardcore gamers who grew up loving any game that was developed by Rare. This is the team that once brought us some of the best games ever created such as Donkey Kong Country, GoldenEye 007 and Banjo Kazooie.

Now, we’re very happy to see that some of the old team at Rare have joined together to form Playtonic Games, a new UK-based studio that is about to unveil their first project.

Even better, we already know that it is going to be a ‘spiritual successor’ to Banjo Kazooie as you can see from the first teaser image that has been revealed by the developers.

The PlayTonic team will be revealing this game soon, but first they are telling fans to read the upcoming issue of Edge Magazine as they have an interview there. 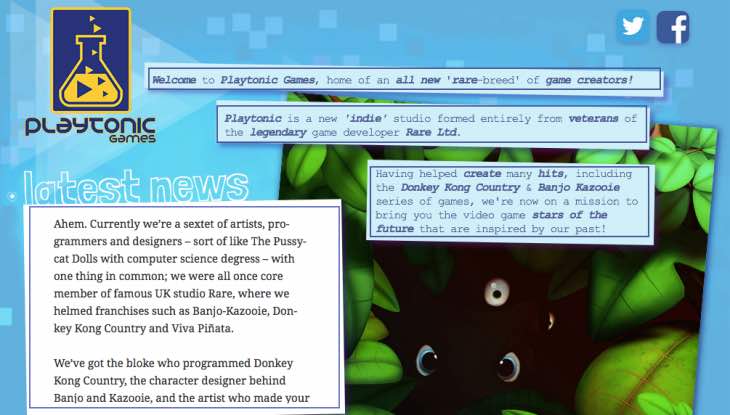 We can tell you that extracts from this interview have already been uncovered over at Neogaf and it reveals that Playtonic want their first game to be published by Nintendo – given the successful history that Rare and Nintendo enjoyed in the past.

Here is a quote from the interview to get you excited: “There’s a history of working with Nintendo so we’d naturally love to see our game on a Nintendo platform. If people tell us to make Wii U our target console platform then we’ve got the flexibility to do that.”

For now, the first game is only known as Project Ukulele and is being prepared to release as a Steam Early Access game for the time being – console versions will be released after that.

It sounds very exciting – we wonder if Grant Kirkhope is on board to compose the music for this new spiritual successor to Banjo Kazooie.

What is your reaction to this – would you love to see this game become a console exclusive on Wii U?