There are many gaming apps on the App Store that are only available to select countries, such as Assassin’s Creed Identity in New Zealand, and Pirate Kings, in Southeast Asia etc. However, the developer has now released it to the world, meaning iOS and Android users can download the game in countries such as the UK and the US.

Pirate Kings update version 2.0 — Along with its worldwide release comes some new enhancements, one of which is a great new capability. The feature in question is the ability to generate cash from the islands you have conquered, meaning you will feel less need to spend money with in-app purchases.

That is not all that is new to this gaming app, as you also get free spins by pressing the spin bottle that is floating near your wheel. Other improvements to make the app better as a whole are fixes for Facebook recommendations, saved games recommendation, bug fixes and improved tablet and phone support. 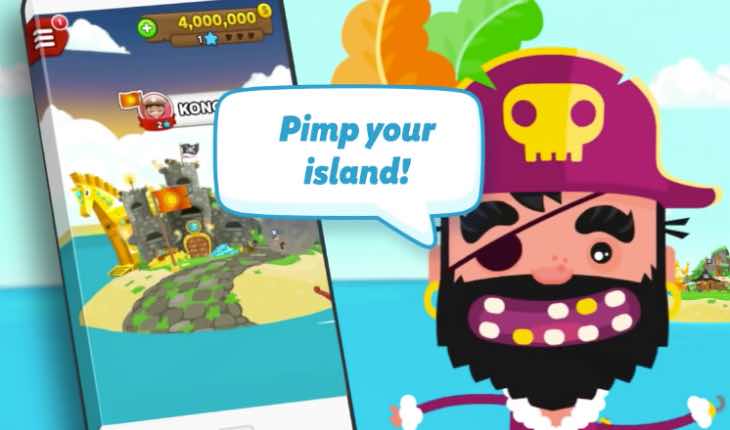 Aim of the game — If you have not been lucky enough to play the game, then the aim is to become the master of the Seven Seas. However, in order to do this you will first need to build-up your island fortress, but remember to defend it from attackers.

We are sure that it will not be long before you begin to look for Pirate Kings cheats, and so we thought we would include the video below to help explain how this can be achieved.