Nokia has been pretty quiet as of late, especially considering the likes of Samsung, HTC, Motorola and LG have all announced new smartphones recently. However, one device which is said to be on the way this year is the Noka E6-00 and we have the first pictures and videos to show you.

Before you ask though, this handset doesn’t appear to be one which will end up being in their flagship category for 2011, instead it’s another business orientated smartphone, and looks to be a beefed up version of the Nokia E71.

This one we’ve seen comes in all white, check out the picture below which has been obtained by the guys over at NokiaTeco forums, as reported from BGR. We also have a list of specs to give you, as the E6-00 will run on Symbian and will be equipped with a VGA quality touchscreen, an 8 megapixel camera with dual-LED flash and a separate front-facing camera, we’re not sure on the quality though – probably 1.3 megapixel. 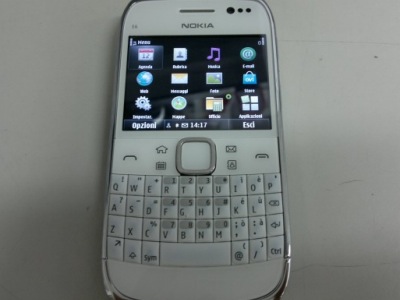 That wasn’t a typo on the display screen quality either, we’re pretty disappointed about the VGA screen too, definitely not good enough with the competition out there at the moment – time to step it up Nokia we think. Still though, if you enjoyed the E71 – you’ll probably be interested in this one, and the white makeover defnitely adds that element of style too.

There’s a semi-decent video for you to check out below. We’ll let you know once we hear further details on the E6-00, assuming you want them of course? PS. Have fun with the music below as well.