Early next year we’ll be seeing the third installment to the gory Ninja Gaiden series from Team Ninja arrive. The build-up to the game’s release has been fairly informative so far having brought you news of a trailer teasing some of the gameplay as well as news that the main character Ryu Hayabusa will be appearing in Dead or Alive 5, the upcoming installment to another series from Team Ninja.

Now the developers have released 12 new screenshots from Ninja Gaiden 3 that will satisfy even the most sadistic carnage cravings. The series has earned itself a reputation of being extremely gory with the first two games being so full of blood and the new screenshots suggest the third game won’t be any different. If the rest of the game delivers as much as the bloody content does then the game won’t be a disappointment.

These new screenshots also seem to contradict previous news that Ninja Gaiden 3 would not be as gory as it predecessors. They show just as many decapitations, just as much dismemberment and the flesh and bone slashing swordplay that the series has become known for. You can check out all 12 of the new screenshots by heading over to CVG.

There is no specific date for the game as of yet, we only know that it will be appearing in Q1 2012. Team Ninja boss Yosuke Hayashi revealed the company is also making plan to bring Ninja Gaiden 3 to Sony’s new portable gaming device the PlayStation Vita saying the team is keen to expand the series. What do you think of what you have seen from the third game so far? Are you looking forward to its release next year? 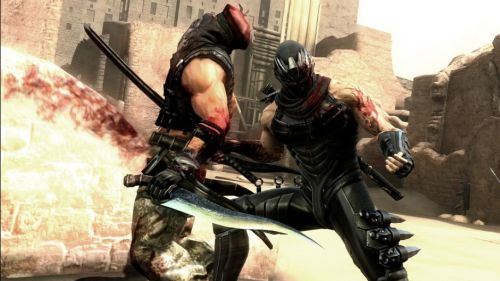