Since the retirement of the NASA space shuttles, many people have been wondering what next is for the billion dollar company. That was until yesterday when they announced they plan on launching a huge new rocket that will be capable of taking people to Mars as well as asteroids and other parts of the Solar System.

The project, which is for the moment known as The Space Launch System, will be the most powerful launcher the world has ever seen, even more so than the Saturn V rockets that made visits to the Moon possible. They will have use 20% more thrust to clear the pad and will be 12m taller than the older vessels.

According to the report from the BBC, the SLS will be five to eight times the mass of the current most muscular rocket in operation, the Ariane 5. This mass will inevitably amount to more if a journey to Mars and back is the destination, possibly needing more than one SLS in order to cater for the amount of equipment needed for a mission like that.

The cost of a project like this is by no means cheap; the company reckons $18 billion will have been spent come 2017, when they intend to launch the test run. Even then that test rocket will only be able to lift about 70 tons, much less than the desired 130 tons which Congress has demanded. This could raise the cost to more like $30 billion.

A trip to Mars is unlikely to happen for another twenty years yet and a trip to an asteroid has also been mentioned for about 2025. What do you think of this project? Would you consider a trip to mars? 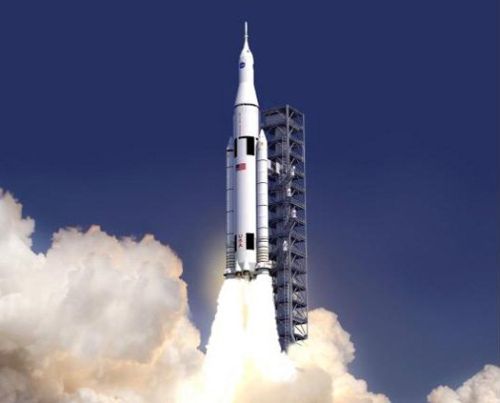