If you are a Call of Duty Elite member, you are more than likely getting your teeth into the brand new Liberation and Piazza maps for Modern Warfare 3 right now. However, what you probably don’t know is that two more maps have covertly been revealed in a new Call of Duty Elite trailer.

Liberation and Piazza became available for Elite subscribers for the Xbox 360 on January 24th, with everyone else having to wait until Infinity Ward and Activision decide to make the content available for non-subscribers.

Now though, we have discovered that two more maps are on the way as future DLC content drops, and these are the Blackbox and Overwatch maps. These map names may be familiar to those that have been following initial map leak details for the game, as we told you not too long ago that five new maps were coming to the game, and now it looks like that information was correct. Park and Italy have now been confirmed to be Liberation and Piazza, and now Blackbox will become the final name from the rumored ‘Morning Wood’ codename, while Overwatch maintains its name and is also the name of a specs ops mission from Modern Warfare 2.

The guys over at CharlieIntel have gotten hold of some images of the Blackbox and Overwatch maps, and we can tell you that Blackbox will take place at the scene of a plane crash site, while Overwatch looks very similar to the Highrise map from MW2 which takes place on top of a building and was definitely a hit with fans.

Overwatch looks the more exciting of the two we have to say, but we’re guessing Blackbox will have its only unique style of play as well. Earlier on we told you that April will be the next time that Elite owners receive two new maps as a content drop, so these two maps could be the ones you’ll get in April – then again, we could be wrong. Hopefully it won’t be too long until we see some gameplay footage from the two maps, but in the meantime let us know which one looks more exciting based on the screenshots over at Charlie Intel. 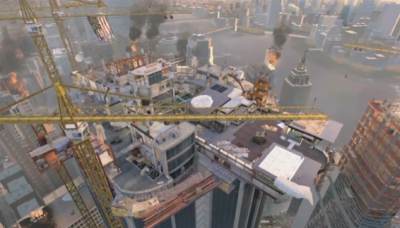 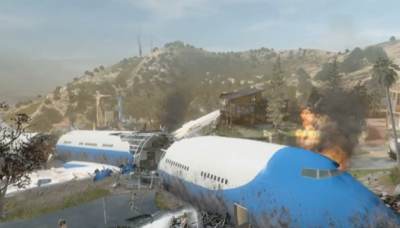