News Corp, the American multinational media conglomerate, has been receiving a lot of bad press recently with the whole scandal involving News of the World being discontinued due phone hacking. Today we have some rather light hearted and positive news in comparison to that which involves their part ownership of the music streaming service Beyond Oblivion.

It appears that the service is to be rebranded and launched as Boinc, in a bid to take on the online music market which is currently dominated by the likes of Spotify and Apple with iTunes. The company intend on having Boinc launched as an app for mobile devices as well as being built into to some phones and PCs, making it unique to other similar services.

The fact that it will be built in to some devices suggests that the service will be free to some users, at least to the point of access. Rupert Murdoch’s company owns a 23% stake in Boinc since investing $9.2m (£5.6m) in April last year so will be hoping to make a profit. This suggests Boinc will be subscription based or a paid-for application for Android smartphones and iPhones.

Reports suggest that the music service founder and chief executive, Adam Kidron had previously come close to securing deals with major record labels; EMI, Sony, Warner Music and Universal back in March, but since then talks have broken down. This was due to a higher percentage payment demand from each of the labels. Now the rights holders will receive 70% of the annual profit as well as royalties per play. You can check out more details about the service over at the Guardian.

Will you be interesting in signing up for this new music service or are you happy with existing ones such as iTunes and Spotify? 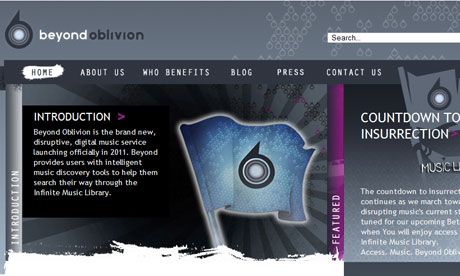