A new MSI Prestige Series line of laptops was recently announced and offers business users and gamers something different. However, try not to get overly excited, as the performance is not mind-blowing as some of you would image. However, what makes this new Series standout over rival laptops is its True Color Technology, which allows users to adjust the color profile to adapt to various needs. 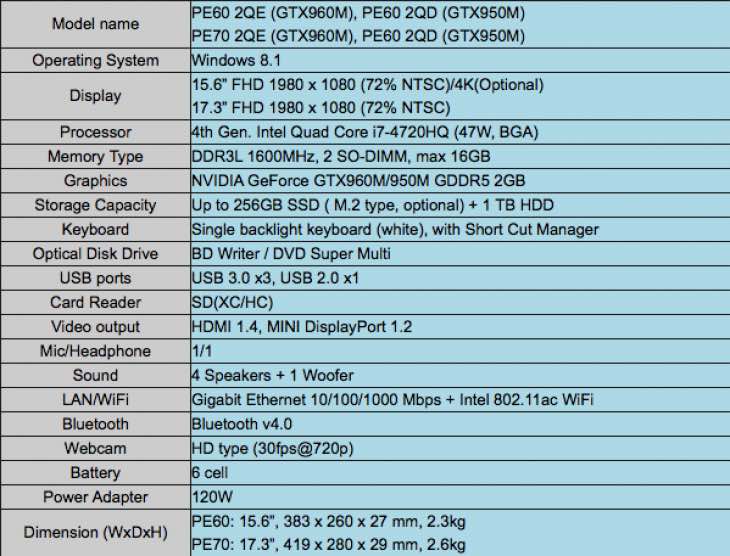 We can only notice one version of the 17-inch model, although three variants for the 15.6-inch. All of these models come with a powerful Intel Core i7 Haswell processor and Nvidia GeForce GTX 960M graphics.

Other features include a 1TB hard drive, six-cell battery, SD-card reader, 102-key keyboard with a dedicated number pad, HDMI 1.4, three USB 3.0, one USB 2.0, mini DisplayPort, optical drive and much more; details of which can be found on the MSI website.