Now it looks like an early MKX September 2015 update is on the cards as Ed Boon has sent out word that the team will be live streaming what is next for the game.

A new MKX Kombat Kast is taking place on Monday August 31 at 1pm Pacific Time, 4pm Eastern Time and 9pm UK time. We know that a new Mortal Kombat X update for PS4 and Xbox One is coming, but we don’t know if a Kombat Pack 2 announcement is coming in the same live stream. 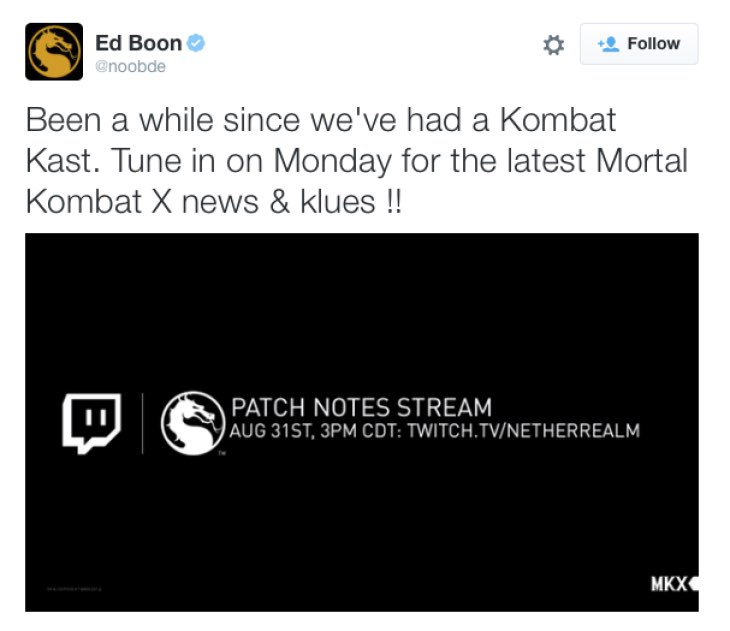 Ed Boon loves to give out some clues though and now it looks like Jacqui Briggs is getting a buff in the game, according to a recent Tweet sent out a few days ago.

What else are the team going to be addressing though? On Twitter we have seen plenty of other requests from fans who want to see buffs for Liu Kang, Sonya, Cassie and also a nerf for Ermac.

Will Netherealm really nerf Ermac though – would you welcome this if it happened? The only way to find out what is coming to the game next, is to tune in to the live stream.

Let us know what you want to see from the new update and your predictions on whether you think a KP2 for MKX announcement is also coming.