We know a lot of you are waiting for the Minecraft PE 0.15.0 download to come out, but now we have some fantastic news to confirm with a brand new feature for Pocket Edition.

Some of Mojang’s developers have just revealed on Twitter that when Minecraft PE 0.15.0 launches it will be adding the Husk Mob to the game.

You can see what this will look like in the early Minecraft PE 0.15.0 preview screenshot below, taken from Mojang developer argo_major’s account: 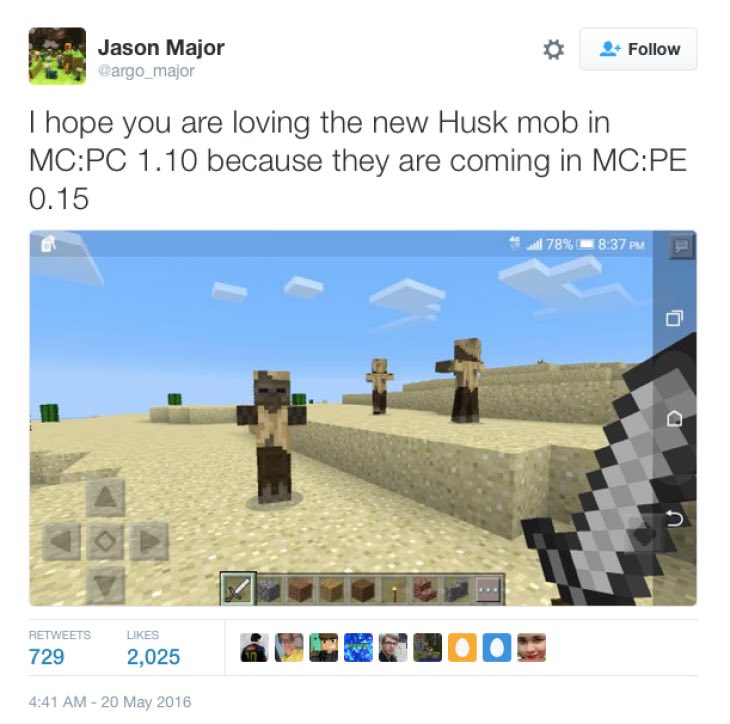 We can also tell you that this new Husk Mob will only spawn in the desert as well, you won’t find it in any other place.

What does the Husk Mob do in Minecraft PE: For those wondering, the new mob Husk will put the effect Hunger on players when hit by them.

Are you excited about the Husk Mobs coming to Minecraft PE with the release of 0.15.0? We’ll keep you updated on when the new version is out, but leave a comment below if you are excited.